Dieter Rams to celebrate 80th birthday
Rams has invited Vitsœ to release the transcript of his speech, ‘Design by Vitsœ’.

Dieter Rams, recognised as one of the most influential industrial designers of the 20th century, will celebrate his 80th birthday on 20 May. To mark the occasion, Rams has invited Vitsœ to release the transcript of his speech, ‘Design by Vitsœ’, which he gave in December 1976 in New York City; it provides an insight into a design ethos that was remarkably ahead of its time.

Rams’s frank and prescient speech asserts his commitment to responsible design and awareness of an “increasing and irreversible shortage of natural resources”. Believing that good design can only come from an understanding of people, Rams asks designers – indeed all of us – to take more responsibility for the state of the world around us: “I imagine our current situation will cause future generations to shudder at the thoughtlessness in the way in which we today fill our homes, our cities and our landscape with a chaos of assorted junk.”

Dieter Rams delivered this speech 36 years ago; it was not until 1983 – seven years later – that the UN would establish the Brundtland Commission to address the deterioration of the human environment and natural resources. Through intelligent and forward-thinking design, epitomised by the 606 Universal Shelving System, Rams’s ethos was already making its way around the world, one home at a time.

For over 50 years, Vitsœ has worked with Rams to make furniture for the long term, furniture that changes with life, furniture that fits with a changing world. Vitsœ’s ethos has always been to live better, with less, that lasts longer.

Having celebrated his 80th birthday in 2012, Dieter Rams has been looking to the future. 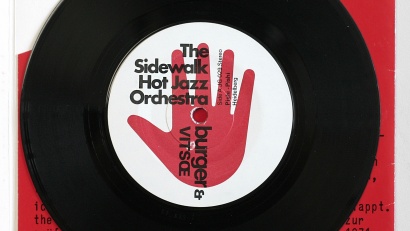 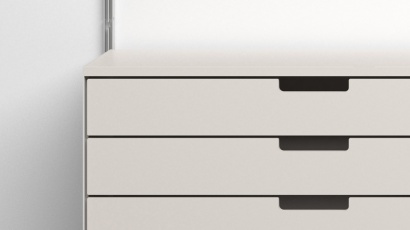 Honest pricing and remorseless improvements result in lower prices for our customers.