An emotionally sustainable purchase
How consumer capitalism affects the way we think.

The School of Life

There are few activities that we take more seriously and with more grim-faced determination than shopping during the sales. For many, the apotheosis of this is manifest on what has come to be known as Black Friday.

But when we pause to reflect, setting our alarms for 3am to be the first in line for the latest flat screen TV doesn’t always bring us the satisfaction we were hoping for. A number of the more spiritual voices in society point out that the reason is obvious. The notion of making ourselves feel better by purchasing material things (even with a 60% discount and a complimentary tote bag) is fundamentally misguided.

These complaints aren’t new, of course. They date back at least to the mid-18th century – the dawn of what we now call consumer capitalism – when industrial manufacturers began turning out mass-produced goods for a broadening middle class. Shopping arcades sprang up, quickly filled with consumers seeking out the latest homeware brands.

Many commentators were appalled. The philosopher Jean-Jacques Rousseau, for example, proposed an entire ban on unnecessary fripperies in his native Geneva, urging a return to a simpler, more austere way of life.

But the issue that Black Friday confronts us with, aside from the environmental challenge, is that we are facing an equally damaging psychological crisis. Consuming in this way isn’t emotionally sustainable.

To take a step back, every material item we purchase can also be said to materialise in some way something psychological.

Take the archetypal stovetop coffee maker: at first glance, it’s a purely functional device that allows us to efficiently make a cup of coffee. But at a psychological level, it can be said to perform a kind of ‘transubstantiation’. In other words, it offers us this practical advantage, while also subtly hinting (through its design and aesthetic) at more psychological or even spiritual ideals. It allows us to enjoy a hot drink, while at the same time gently nudging us towards being a certain sort of person; one where the values of reliability, grace and modesty are in a small way, more present.

The real problem around Black Friday is that many of the objects we’re surrounding ourselves with don’t always instantiate such positive traits. Goods that have been designed without longevity in mind, which we know won’t last and that we therefore can’t invest ourselves in – the umbrella whose spokes buckle after a heavy shower, the T-shirt that loses its colour after the second wash or the software that will no longer be supported after 18 months – can leave us in a state of quiet desperation.

Of course, the reason that we can find ourselves surrounded with items that are so vulnerable to entropy is not because of a dearth of design talent. It’s because some designers are entirely aware that a more commercial business model is deliberately to manufacture products to become obsolete after a certain period.

The psychological problem at play though is that goods that have been designed in this way inspire a rather different set of feelings in us; specifically, of apathetic and neglectful acquisitiveness. But while this kind of planned obsolescence can be deeply frustrating, we shouldn’t give up all hope.

In an increasingly noisy and frenetic age, there exist a growing number of rather heroic consumers who have internalised well the notion that while our technological and industrial capabilities may be evolving at an exponential rate, our core psychological needs have remained constant for centuries.

When we concentrate on buying a few, good quality, long-lasting items, we’re able to enjoy them far more intensely and free up more mental space to think about more important issues. When we buy easily repairable products that are intended to last a lifetime, we are not only doing something that is good for the environment but we are catering to our much deeper and enduring psychological needs for stability and simplicity.

We might not see so many products like these in the sales, but their absence shouldn’t lead us to think that all shopping is therefore inherently frivolous. We should simply take more pains to ensure that the products that we purchase, and that we exhaust ourselves and the planet in creating, are those that nudge us in a simpler, more emotionally sustainable direction.

Shopping in a simpler way can leave us feeling vulnerable and perhaps even a little embarrassed at times. But simplicity in this regard is a deep achievement – it follows from hard-won clarity about what really matters.

We might finally heed a warning from the French philosopher Diderot who in 1769 wrote an essay about receiving the gift of an elegant new dressing gown despite already owning a perfectly comfortable one. His essay, ‘Regrets on Parting with My Old Dressing Gown’ outlined how his new garment led him into an acquisitive spiral of consumption as his old possessions began to appear tawdry in comparison. He replaced his charming straw chair with an expensive leather version and got into debt purchasing a new desk, a gold inlaid clock and a large mirror to better suit his new bedroom attire.

Eventually realising that he was on the verge of what we might today call a panic attack, he put a stop to his “mad desire to stock up on beautiful things” and returned instead to the simple pleasure of spending time with his companions. Perhaps they were slightly disheveled and rough around the edges in their own way too, much like his old gown. But both his old gown and old friends were to prove more than adequate to provide him with a deeper and more sustainable source of joy. 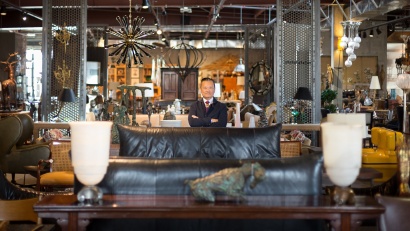 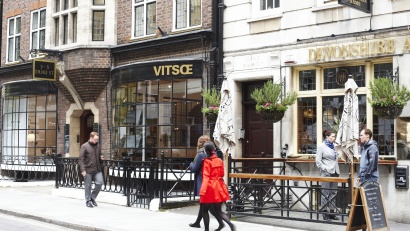 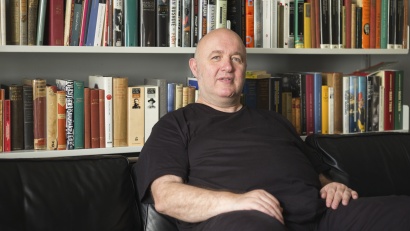