The concept of living and working under one roof is not new. In medieval times, it was commonplace for people to make and sell their wares from a building they called ‘home’. This continued until the Industrial Revolution, when the shift towards factory-based employment created a clear divide between occupation and family.

Advances in digital technology have blurred the boundaries between work and play once more, allowing us to live a more fluid existence, free from the constraints of the traditional workplace. Businesses can thrive away from big cities thanks to the internet, which has fundamentally changed the way society operates by offering today’s mobile population unlimited access to their preferred brands, products and services online.

Until recently, Ulrike and Dieter Zipprich were Vitsœ neighbours as the well-known and respected long-standing owners of an antiquarian bookshop on Türkenstraße, Munich. Specialising in predominantly rare and beautiful books, Dieter has spent his working life sourcing handcrafted rarities for customers and collectors alike. Ulrike offers a knowledgeable helping hand whilst also specialising in a different aspect of the book world – creating beautifully crafted endpapers.

While enjoying the bustling urban Munich environment, they could see that changes in people’s buying behaviour offered them the opportunity to acquire a different life pattern outside the Bavarian capital. In 2018 after nearly thirty years of conventional retail, the couple moved to Bamberg, a UNESCO World Heritage Site 230km north of Munich. Here they could continue their businesses while allowing them to fulfil their passion for walking in and around the spectacular undulating landscape. The historic town sits where the Regnitz and Main rivers meet and extends over seven hills, each crowned by a beautiful church. Bamberg’s old town includes a Romanesque Cathedral.

With views of the historic cathedral, Ulrike and Dieter’s spacious modern house looks very different to the cramped, labyrinthine interior you’d normally associate with second-hand booksellers. The contrast between old and new is acute, with valuable parchment- and leather-bound volumes sitting in a bright contemporary space. Equally surprising in a bookseller’s is finding Baroque furniture, such as the treasured harpsichord which Dieter avidly plays – but when home and selling space fuse together these are the charming surprises that can occur.

Reflecting on the move, Dieter explained what had inspired them to turn their new living space into a showroom, “For both of us, getting closer to nature was important. We wanted to live in a place with beautiful landscapes and easy access to the countryside. As much as we loved Munich, we wanted our lives to feel more relaxed. Alongside this there had been some significant changes in the antiquarian book market and with the commercial rent costs rising, it seemed more sensible to live and sell stock from one place – instead of paying for two different premises. We wanted to unify the shop with our personal life, bringing both functions together.”

Both Dieter and Ulrike were determined to design a dual-purpose area that would offer customers a bright and airy space in which to consider their valuable purchases. Instead of rickety wooden shelves jam-packed with rare volumes and leather-bound curiosities, the 606 Universal Shelving System has been installed throughout to provide a more pleasurable browsing experience. With a smile, Dieter said, “We all expect shops that sell old books to have a certain dusty atmosphere, with everything looking slightly jumbled and messy. Instead, we wanted the books to take centre stage by being totally accessible – I hated the idea of people having to struggle to take something off a shelf. We knew we needed something highly practical to give us the flexibility to move things around as the stock changed, but because the showroom was also our private space it also needed to complement the items of Baroque and Biedermeier furniture around it.

“I think Ulrike was the first to suggest we go to Vitsœ for the solution. After years of running our business on Türkenstraße (close to the Vitsœ shop) we were already very familiar with how the system worked. When dealing with such precious items every day, it’s essential for them to be presented respectfully, so with nothing remotely comparable on the market, we planned our new Bamberg space without hesitation.”

Dieter admitted that visiting bibliophiles are often surprised when they see the Zipprich showroom for the first time and said, “the design by Rams is so noble, that the contrast between these faded literary artefacts and the clean lines of the shelving actually make the books appear even more beautiful.” Pointing towards the double-height system on the adjacent wall he laughs and described how, “We call this ‘the book tower’”.

Experts in the antiquarian book industry assumed until recently that the rapid growth in digital e-book sales would mean the eventual death of what was once a very lucrative trade. Instead, independent ventures like the one founded by Dieter and Ulrike are thriving thanks to a cultural shift towards analogue objects with an artisanal connection. The renewed popularity in literary artefacts means customers are prepared to search, then travel outside the realms of the internet in order to hunt for rare titles. It’s a trend the couple feels very happy to be a part of – by appointment only, of course.

Dieter concludes by mentioning how he believes, “Books are frozen history. Ulrike and I are both equally fascinated by what we do and every day we discover something new. Books will outlast us all by many centuries, but for now, our daily contact with them gives us the opportunity to learn and understand a little more about the human spirit. We feel very lucky.” 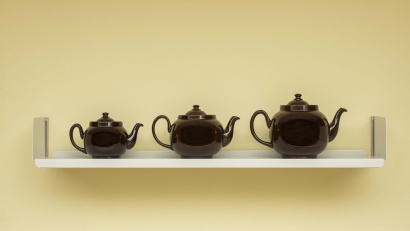 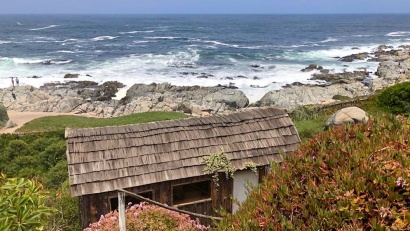 From the Vitsœ kitchen: June

Chef William Leigh’s words of wisdom and a recipe for his Granola bar: 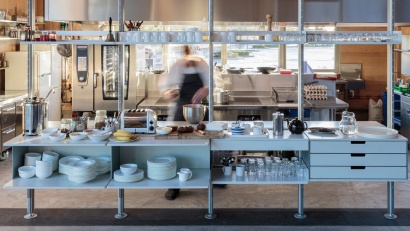